In this section, we will define what a relationship is and describe three important characteristics. 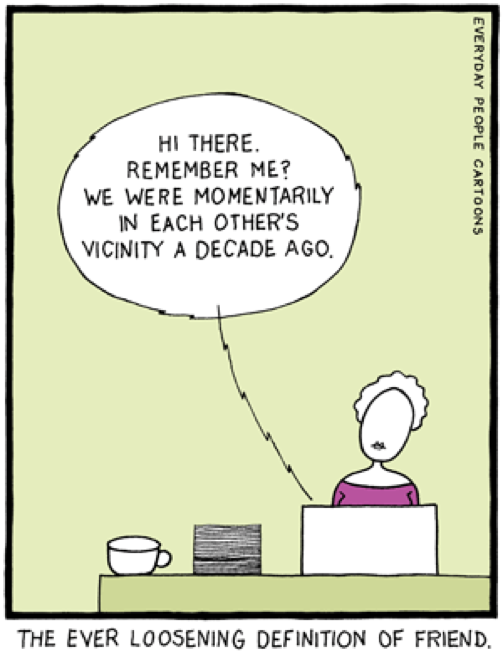 (Image: © Cathy Thorne/www.everydaypeoplecartoons.com; printed with permission for use in I.C.A.T.)

In addition to ranging from intimate to superficial, relationships can be characterized as impersonal or personal, voluntary or involuntary, and platonic or romantic (Verderber & Verderber, 2013).

When describing relationships, it is important to note that relationships are dynamic, and that these characterizations can and do change. For example, we might initially be in an involuntary relationship with someone because we were paired up to work on a project, but then find out we share similar interests and form a voluntary friendship after the project ends. Or two people may start off as platonic and then become involved in a romantic relationship (or vice versa).